Helping Those Looking to Enter into Brisbane’s Property Market

Property is an important asset for many Australians living in Brisbane, which means that changes to Brisbane house prices can have a major impact for those looking to buy or sell. Yet, navigating Brisbane’s property prices can be difficult to do without professional industry insights or advice.

To help those who might be looking to enter the property market, we’ve provided a helpful guide to understanding Brisbane house prices which includes: useful data sources, a summary on different market factors, and expert opinions on the current state of house prices in Australia’s third largest capital city.

PriceFinder lists the median Brisbane property price for the quarter ending December 2016 as $540,000. According to CoreLogic (RP Data) and Real Estate, the median house price in Brisbane has risen and now sits in the vicinity of $655,000 and $665,000.

So what causes house prices to increase, or – inversely – decrease, over time? 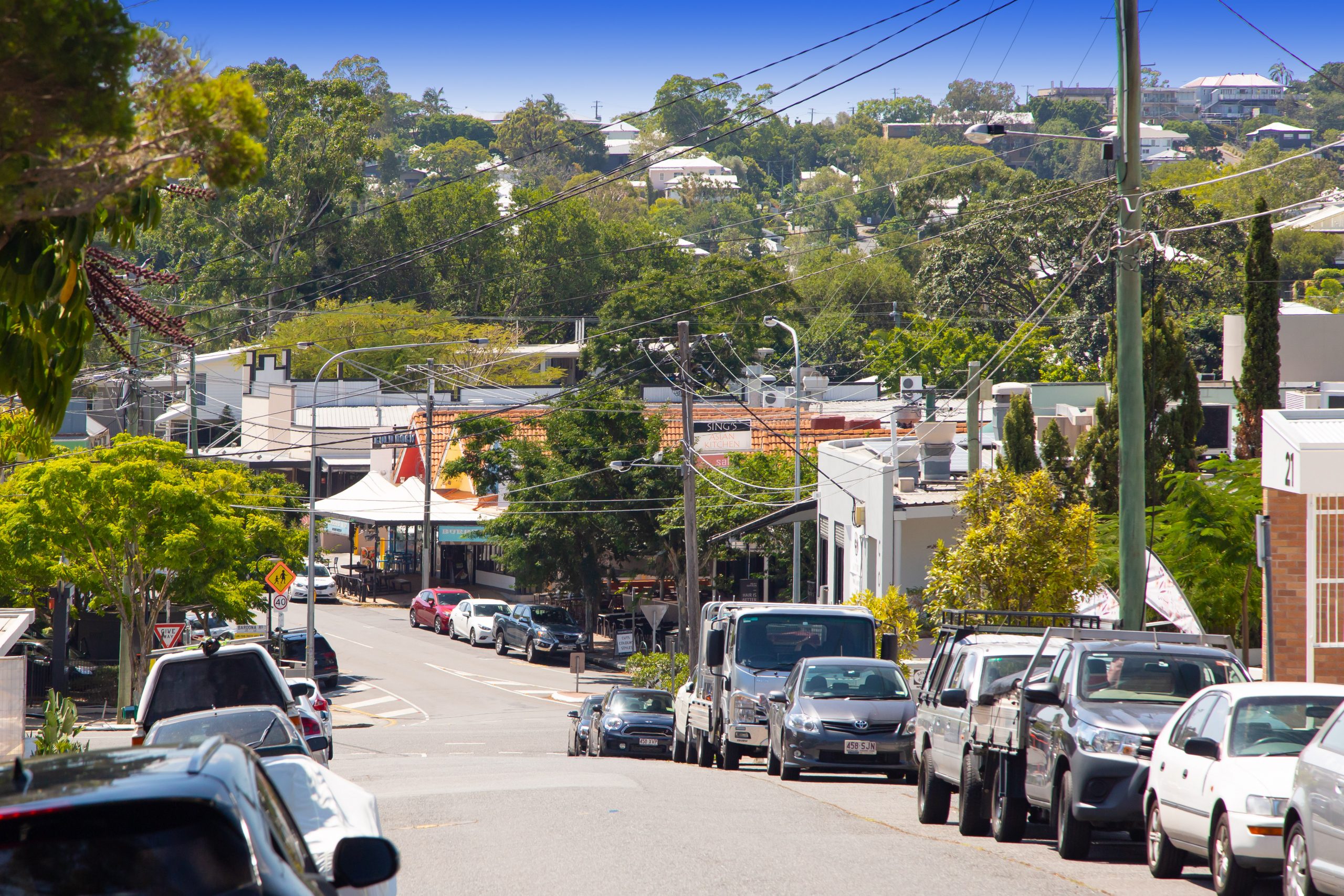 It’s All About Supply and Demand

When it comes to forecasting housing supply and demand, there are two recognised types of demand:

·         Changeover buyers (i.e. people who have previously purchased a property)

Over the long term, occupant demand should correspond with purchaser demand (which is equal to the total number of dwellings built), and oversupply or undersupply should only be applicable to the short term. There are a number of contributing factors that can drive up housing demand, such as:

Higher incomes: It stands to reason that when Brisbane’s average income increases, more people in Brisbane have the financial capacity to buy property (whether as a first home, holiday home, or investment property).

Demographics: With growing numbers of Australians having fewer children and either remaining unmarried or getting married later in life, the size of the average household has decreased. What this means is that lone-person- households are increasing, and therefore so is the demand for housing.

Rent increases: High rent amounts can often prompt renters to buy a property instead of leasing one (though it can make it harder for them to save for a deposit). 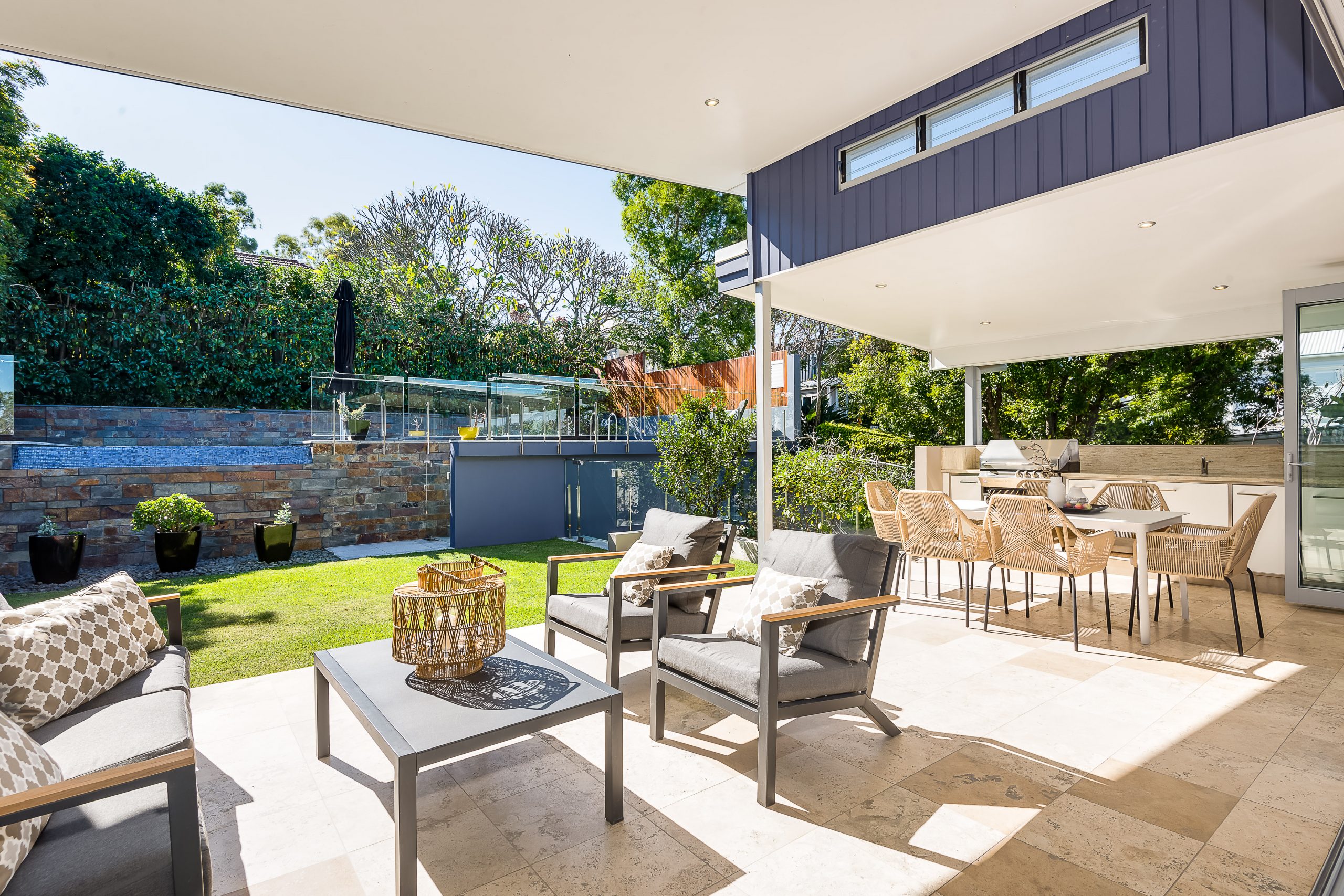 There are a number of forces that can impact Brisbane’s property prices, both negative and positive.

Infrastructure undertakings, for example, tend to have positive impacts on Brisbane’s property prices – as demonstrated by such initiatives as the Bruce Highway upgrade, and the Sunshine Coast Airport upgrade. Also, year-round high profile sports and entertainment events hosted in Brisbane can also attract international investors to Queensland’s sunny capital.

Arguably the city’s single most defining feature, the Brisbane River perfectly encapsulates the city’s cruisy lifestyle. With a climate that is ideal for outdoor enthusiasts, Brisbane’s warm weather lends itself to a range of leisure activities and has an abundance of river-side restaurants, hotels, bars, cinemas, and city centre apartments. Southbank serves as a playground for lovers of local art, music, and culture. Next door is the arts precinct, with the Queensland Performing Arts Complex, Museum, Art Gallery, State Library, and Gallery of Modern Art.

While the 2011 floods did have an impact on property prices in Brisbane, this has subsided in recent years. There are conflicting reports on the impact that the apartment market has had on Brisbane house prices. Some reports state that a rapid increase in the construction of apartment dwellings will result in a market oversupply – though it’s not clear whether this will directly impact houses on the market or just apartments. 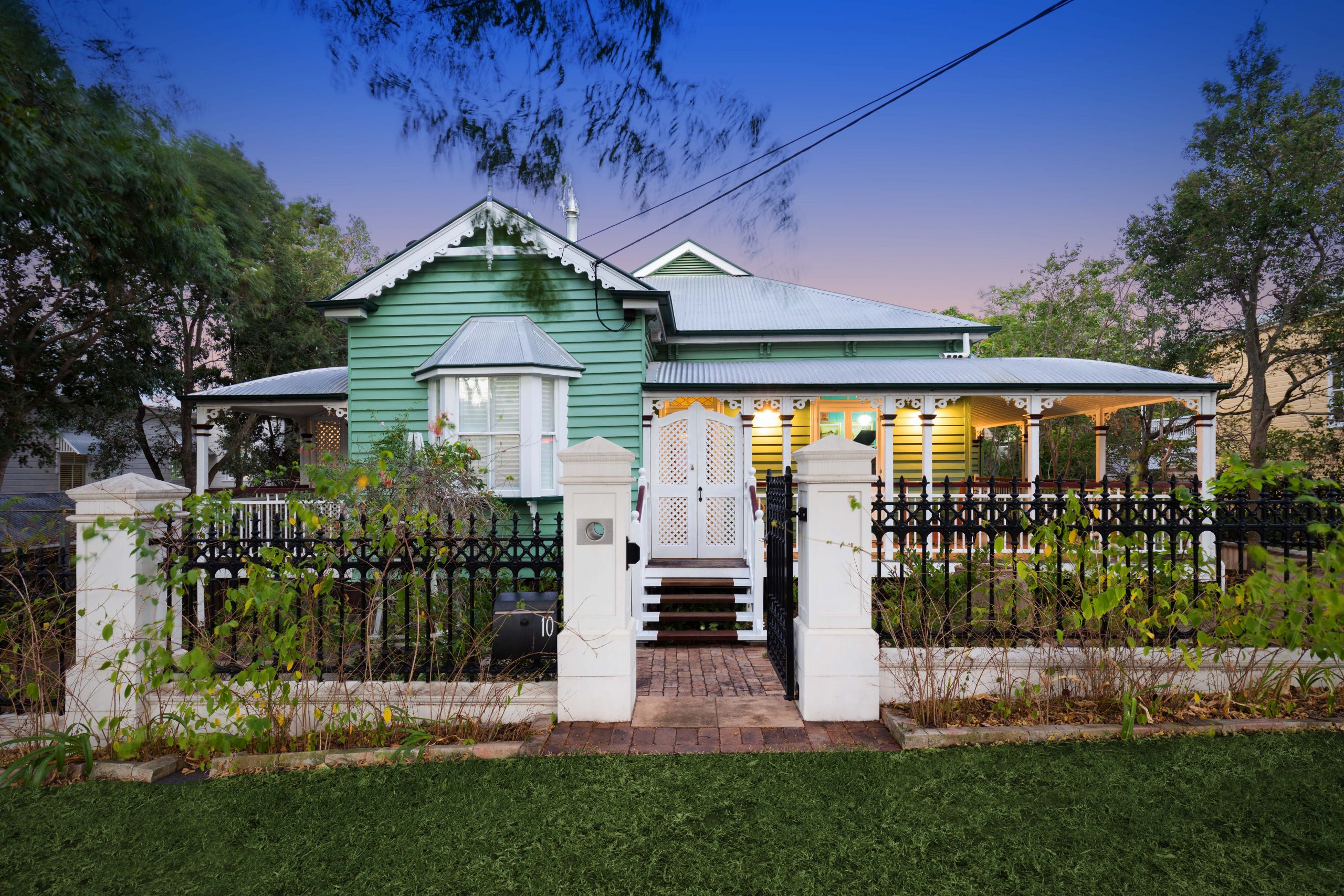 How Do Brisbane House Prices Compare?

The rate of growth over the past financial year was superior to that over the year prior for most capital cities. Throughout the previous 20 financial years, there have only been 2 years in which Australia’s combined capital city residential values have fallen.

Sydney: Dwelling values increased over the past year, making it the fifth consecutive year in which Sydney’s house prices rose. Value growth was slightly higher than over the previous financial year.

Melbourne: Residential values in Melbourne have continued to rise for five successive financial years; each of which has demonstrated a faster rate of growth. The dwelling value increase over the past year has been Melbourne’s greatest increase for the better part of a decade.

Perth: While property values in Perth have fallen over each of the past three financial years, the rate of decline has slowed. Over the past 20 years, there has never been no other instance of values falling for three consecutive financial years.

Adelaide: The previous year’s value increase has been eclipsed by this past year’s performance, and also marked the fifth successive financial year in which Adelaide’s property values have increased.

Canberra: Over the past financial year, property values in the nation’s capital rose. This was Canberra’s greatest increase within a financial year since the period ending 2010.

Brisbane: Queensland’s capital had an increase in property prices over the past financial year, however, the rate of increase was less than that of the previous financial year. While house prices in Brisbane have steadily increased for five consecutive years, this past year was its slowest rate of growth since the financial year ending 2013. 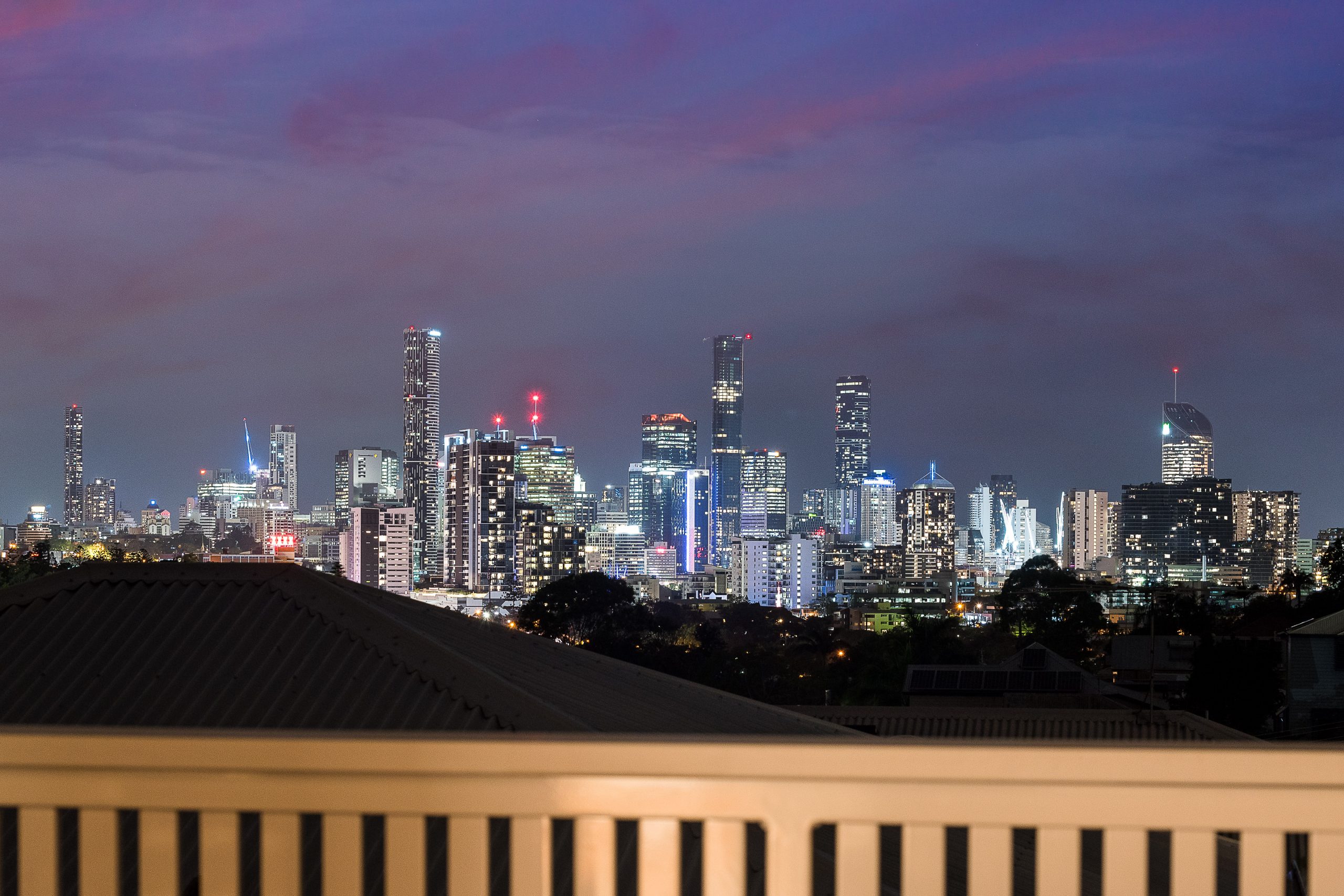 The Sunshine State’s capital has a current surplus of dwelling supply and a deficit of dwelling demand. That being said, the demand is expected to increase within the following financial year, which should contribute to an increase in Brisbane property prices.

Growing numbers of international and domestic investors have been attracted to Brisbane due it being more affordable and liveable than other Australian capital cities such as Melbourne and Sydney. While there is a narrow margin of difference in the average income between Sydney and Brisbane, the difference in median house price is fairly significant.

Although affordable suburbs in Brisbane maintain their appeal, it’s predicted that upcoming growth will be driven by the city’s more expensive, blue-chip suburbs, such as:

The median house price in these areas currently sits at above $900,000.

How Will House Prices React In The Coming Months?

Brisbane house prices will increase over the following 12 months as competition increases for good homes, in central locations, within good school catchments.

Are There Any Specific Factors That Impact House Prices In Brisbane?

The cost of living and long commutes are driving the population toward inner-city suburbs. Low maintenance properties on small lots of land are more cost effective and less time consuming, which makes them more attractive to today’s time-poor population; technology and convenience drive today’s mindsets!

The availability of affordable houses in Brisbane’s inner city is currently at a low. The market
is starved for choice; particularly for homes in good condition, under $1 million, and close to
the CBD.

How Will House Prices React In The Coming Months?

Brisbane house prices will increase over the following 12 months as competition increases for good homes, in central locations, within good school catchments.

How Will House Prices React In The Coming Months?
Brisbane house prices will increase over the following 12 months as competition increases
for good homes, in central locations, within good school catchments.

Where are the best investment suburbs in Brisbane? At Place Property we seek to provide Brisbane property and homes buyers with accurate, high quality information to help them make wise investments in the real estate market. Talk to our expert team today to gain a deeper insight into the trends shaping real esate. Offering specialised local knowledge, we are committed to providing our clients with a realistic forecast of the overall value of a home based on its location and local market trends. Our in-depth knowledge of the local area will help you discover the best investment suburbs that will meet your needs.